1. What's the general story of Shivering Isles and what will be the main story quest?

The player begins the Shivering Isles expansion by answering the call of the Daedric Prince Sheogorath. Sheogorath is the Daedric Prince of Madness, one of the incredibly powerful beings in the Elder Scrolls pantheon. When the player encounters him, Sheogorath is in search of a champion—there is an impending threat to his realm, and because of the nature of the threat he needs a mortal’s help. The player will need to rise in the ranks of the Court of Madness in order to earn the respect of the citizens of the Shivering Isles and eventually repel the threat. Along the way, the player will unravel the mystery of the Greymarch and the motivations of the Daedric Prince.

9. There are 10 new creatures in Shivering Isles. How many of these are completely new creations and how many came from past Elder Scrolls games? Which new creatures can you currently tell us about and how they exist and battle against the player within this world?

It depends on how we define creatures. Golden Saints and Dark Seducers are from past Elder Scrolls games, but they're actually NPCs in the expansion, so the player can interact with them outside of combat. For actual creatures, there are a couple that have been pulled from past games, such as the Flesh Atronach and the Hunger.

Another fun new creature is the Scalon. They're these large, hulking creatures that live mostly near water. They're strong, but they're sneaky. Some of them have a bad habit of turning invisible when they detect the player, then leaping a good distance to attack. It’s fun to watch players jump in their chairs when they are attacked. 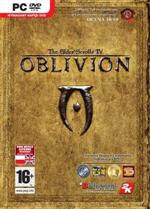